A Custom-Built She Shed to Benefit Independence House

A New Twist on our Annual Playhouse Program 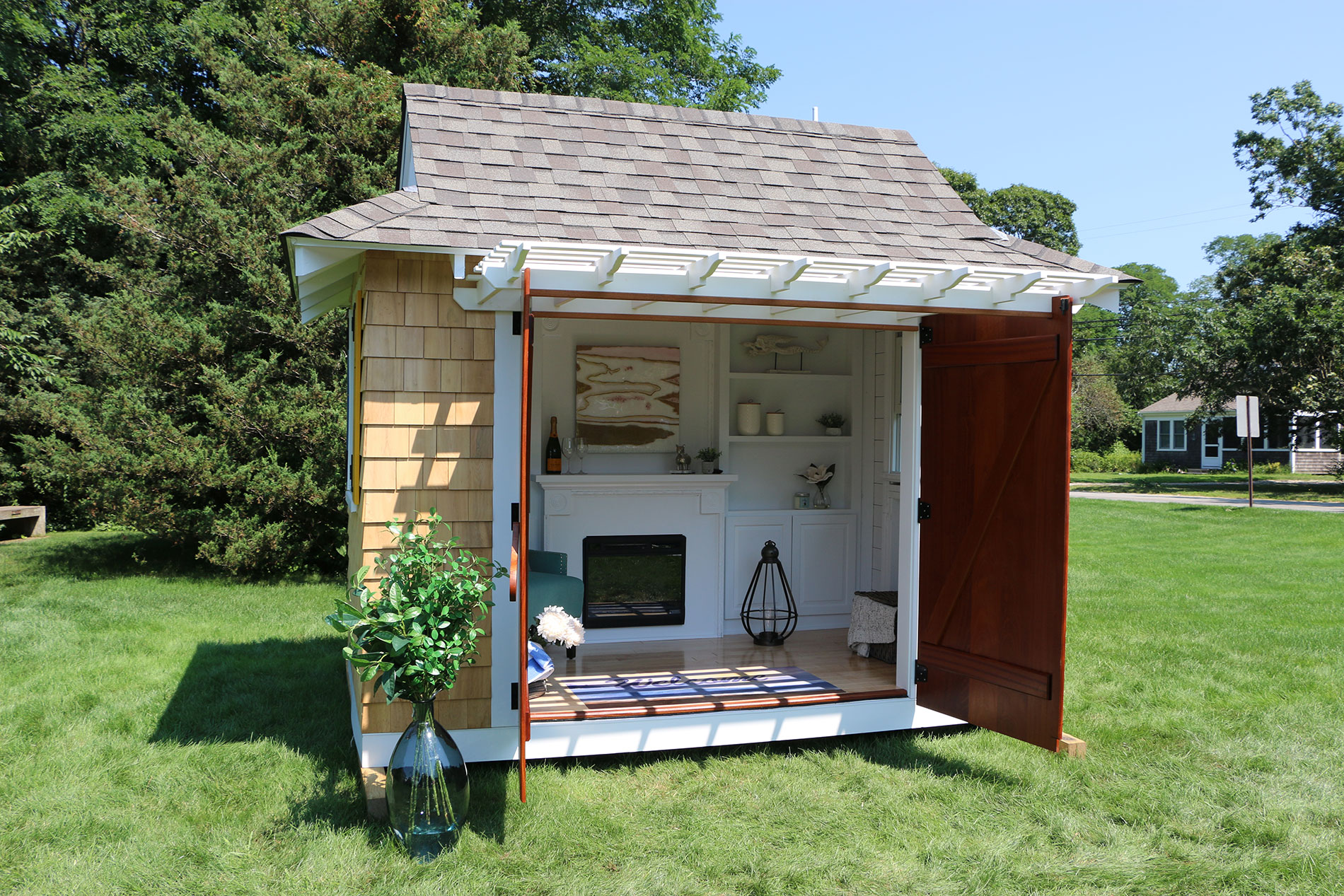 This year Cape Associates built a custom she-shed in collaboration with Independence House of Cape Cod to commemorate their 40th Anniversary.

The idea behind the She Shed came from Cape Associates designer, Mike Bremneour. “We wanted to create something different than a playhouse this year for Independence House and I thought that a She Shed would be the perfect compliment to their mission,” says Mike.  The popularity of She Sheds has risen lately thanks to tv shows and commercials depicting the swanky out buildings for women to call their own. 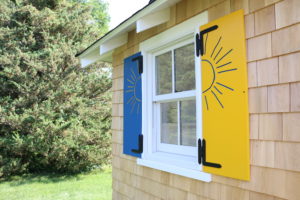 artisans including Jesse Otis Electric who installed the working electric fireplace and chandelier hanging from the Shed’s vaulted ceiling (the chandelier was purchased at Wilma’s Eclectic Consignment). Delta Painting did a fine job of painting the interior complex moldings a bright, shiny white and even painted the exterior shutters in the colors of Independence House’s logo — blue and yellow — symbolizing the transition of being in the dark and emerging into the light. Cape Associates employee/independent artist Emily Hutchinson, custom created (and donated) the art that hangs over the fireplace.  Thank you to Shepley Wood Products as well for all the donated materials! 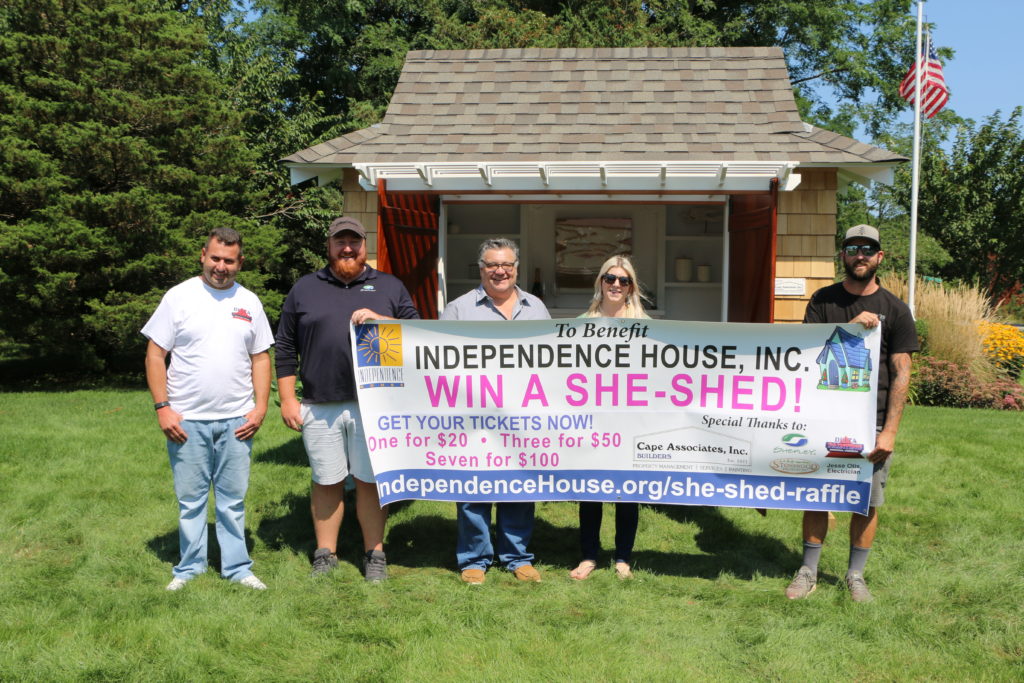 The she shed was on tour all summer and early fall. The winner was chosen at random during Independence House’s 40th Anniversary Gala at the Cape Codder Resort and Spa in November.  Independence House broke the playhouse fundraising record with more than $18,000 raised!

ABOUT INDEPENDENCE HOUSE: Independence House is the only comprehensive community-based organization on Cape Cod providing free and confidential specialized services and widespread programs for children (ages 5+), teens, adults and the later-in-life community who are survivors of, or impacted by domestic or sexual violence. To learn more about Independence House and to purchase the She Shed raffle tickets for a chance to win, head over to: https://independencehouse.org/she-shed-raffle/ 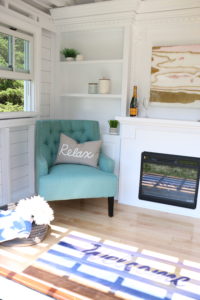 ABOUT THE CAPE ASSOCIATES PLAYHOUSE PROGRAM: In 2001, Cape Associates came up with the idea to build a children’s playhouse, raffle it off during Eastham Windmill Weekend and give the proceeds to a local organization. To date, 18 playhouses have been built and more than $125,000 has been raised!  The playhouses are typically constructed at the beginning of the summer and raffled off in early September.  If you are interested in finding out about being a beneficiary for one of our playhouses, please contact Lindsay Cole [email protected] 508-255-1770