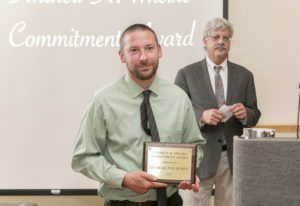 Charles (Chuck) Van Buren has carpentry in his blood. Growing up in Litchfield, Connecticut, he spent much of his childhood with his grandfather, who was a carpenter and a builder. “I grew up alongside it,” Chuck says. “I worked with him, building things around the house. He built many pieces of furniture for our family, including our bedroom sets. He even built my parents’ house and my aunt’s house in Connecticut.”

Van Buren moved to Cape Cod in 2006, working as an intern on the Cape after finishing culinary school at New Hampshire University. Chuck’s plan was to work in the culinary industry; carpentry had only been a hobby up until then.

That all changed in 2012 when he joined Cape Associates and put his hobby to work. “I decided to change careers after 7 years in the culinary industry due to the seasonality of the Cape. The building industry presented a better career option for my family.  Not having to work day and night, weekends and all holidays was a huge part of my decision.  Especially now with my little ones,” Chuck explains.   Now a successful foreman carpenter, he oversees carpentry and building projects from start to completion. “I enjoy seeing the projects through the different stages, and especially the final result,” he says. 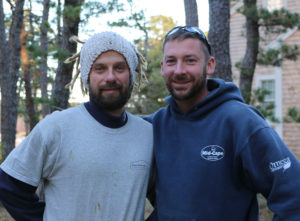 In 2017, Chuck won the Andrew K Mielke Commitment Award at the Cape Associates Annual Dinner. This award is given each year to an employee who upholds the Cape Associates standards—day in and day out, during easy and hard jobs—and leads the team to do the same. Matthew Cole, President and CEO of Cape Associates describes Chuck, “he is an incredibly talented carpenter; from day one he’s learned at an impressive rate and we’re very proud to have him in his current role as foreman carpenter.” “Chuck is incredibly motivated to succeed and always looking for ways to advance his skills and knowledge,” says April Ducott, Project Manager, who oversees a lot of Chuck’s field work. “He is a hard worker with a great work ethic… I can’t say enough good things about him,” April adds. 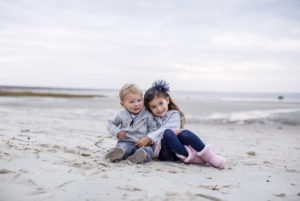 In his spare time, he spends time with family and friends, including his wife, Catherine, and their kids, daughter Addison, 4, and son Elliott, 1. He enjoys taking their boat out and exploring Bass River and also enjoys golf.  When he really gets some alone time, he works on fixing up his 2005 GTI Volkswagen.