Jon Lawhead has worked his way up in Cape Associates, and his dedication to the trade and further education signals that the trend isn’t going to stop. 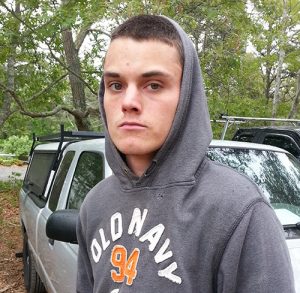 Jon started working for the company in 2008 while he was still in high school. Through the Upper Cape Cod Regional Technical School’s Cooperative Work Experience program, he received supervised, on-the-job training as a high school senior by working on the jobsite for two weeks and then doing classroom work for two weeks.

Currently, he’s part of the building team putting up interior trim on a project in Orleans. Over the winter, he took a course at Cape Cod Community College on AutoCAD, a software application used to create blueprints for a variety of things, including buildings. This fall, he intends to pursue his Construction Supervisor License.

“I like doing woodworking. Everything from framing to trim,” he said. “I want to try to learn everything as much as possible. Tile work, electrical, plumbing.”

Winner of the 2014 Andrew K. Mielke Commitment Award, Jon takes his skills home with him to Hyannis, where he lives with his 10-year-old dachshund, Zoe, who he’s had since she was a puppy. When he’s not working on his own house, he relaxes doing a variety of outdoor activities, including kayaking, fishing, and skiing in the winter.